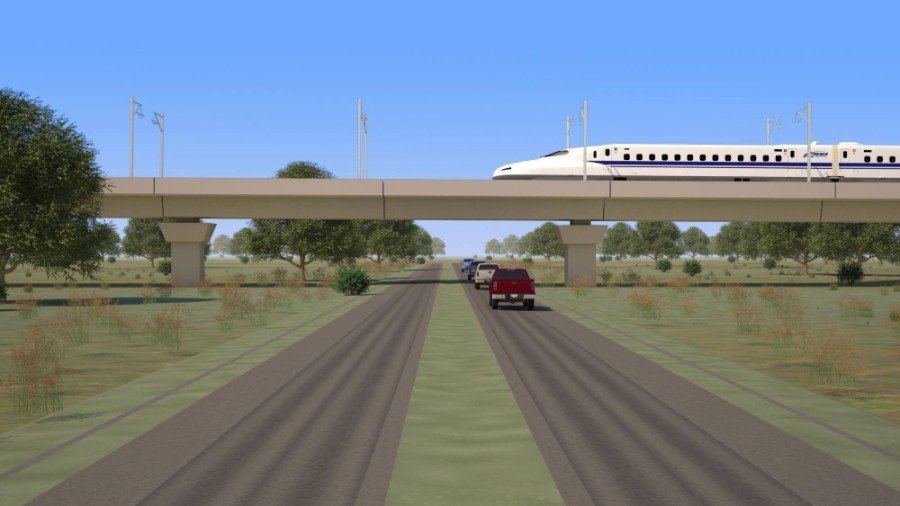 This announcement comes about a year and a half after the involvement of these two companies was announced. The contract includes the installation of core electrical systems including traction power, signaling and communications equipment, according to a press release.

“Kiewit and Mass. Electric are national leaders in installing complex and large-scale electric systems and have long track records of delivering high-quality rail systems safely and effectively,” Texas Central CEO Carlos Aguilar said in a statement. “Combining their experience with the safety of an integrated system is essential to the operation of the Texas Central railroad. Signing this contract is the next step in making the Texas Central Railroad the first high-speed rail system to be implemented in the United States.”

According to Texas Central’s website, officials said construction could start this year and be fully operational by 2026, but this timeline has been delayed multiple times in recent years.

In his remarks, he noted the current estimated costs of the high-speed rail project are much higher than previously projected, and Texas Central has only secured a small portion of private funding. He asked members to ensure the project is not funded with taxpayer dollars.

Additionally, he brought up the issue of eminent domain as the train developers look to acquire private property along the proposed route.

State Rep. Ben Leman, R-Anderson, filed a bill to establish a committee that would review any high-speed rail proposals before recommending the re-establishment of the Texas High-Speed Rail Authority if deemed necessary.

House Bill 3633, which states “private property may be taken only by a governmental entity or private entity that is authorized by law to do so,” was left pending in committee as of March 30.

“If HSR is viable in Texas, any currently proposed HSR project, and all future proposals, should certainly and willingly be able to meet the parameters of this framework created by Representative Leman’s review process to prove public benefit and protection of private property rights,” said Kyle Workman, president and chair of Texans Against HSR, in a statement this March.

Texas Central officials said the project will create 17,000 jobs during the six-year construction period and more than 1,400 permanent jobs once the train is operational, and they claim a $36 billion economic impact over the next 25 years, according to the press release.

9 events to attend in the Houston area this weekend, May 13-15