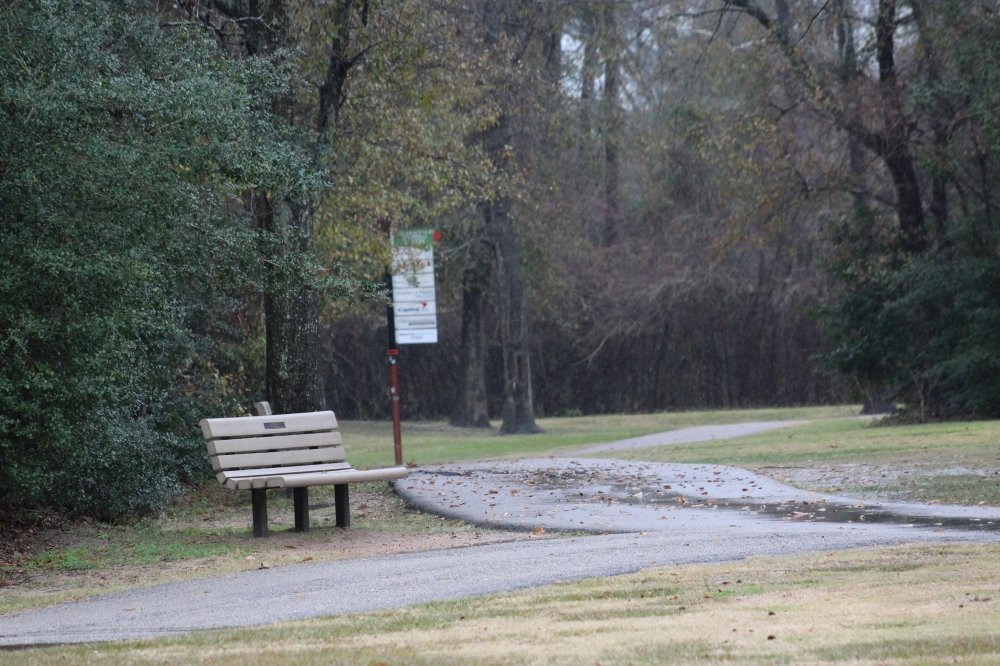 Harris County Commissioners approved $53 million in funding for a plan from the Harris County Toll Road Authority to add 236 miles of trailways throughout Harris County. Among one of the projects planned for the first stage of construction is an expansion of the Cypress Creek Greenway, part of which is pictured at Collins Park in Spring. (Emily Lincke/Community Impact Newspaper)

The HCTRA projects, dubbed “Tollways to Trailways,” will add 236 miles of “active transportation projects,” according to the HCTRA’s planning document included in the commissioners court May 10 agenda. A timeline has not yet been announced for project implementation.

Most of the planned trails will be placed adjacent to existing toll roads, providing access to existing parks, public transit hubs, schools and neighborhoods.

The planned projects will span each of Harris County’s four precincts.

The request was approved in a 3-2 vote with Precinct 3 Commissioner Tom Ramsey and Precinct 4 Commissioner Jack Cagle dissenting.

Ramsey voted against the item because the project has “too many unknowns,” he told Community Impact Newspaper in an emailed statement May 17.

“Safety is my No. 1 concern, and I’ve not seen enough of the concept to confidently say it’s properly being addressed in these projects,” Ramsey said in the email.

Meanwhile, Cagle would have preferred additional trails be funded by the county’s parks budget, said Joe Stinebaker, Precinct 4 director of communications, in an email May 17.

“While Commissioner [Cagle] is a major proponent of hike-and-bike trails and has considerably expanded their availability throughout Precinct 4, he voted against this measure because he believes it sets a bad precedent of diverting toll road money to projects not originally envisioned when toll roads were first pitched to Harris County voters,” Stinebaker said in the email.

In its planning document, the HCTRA identified 22 planned projects as “quick wins,” or projects that were ranked as having the highest community benefit and were given a prioritized timeline. These projects would cover a total of 65 miles and cost an estimated $131 million.

Some of the more expensive quick-win projects include a Space Center Boulevard trail, a west extension to the Cypress Creek Greenway and an Alief East Loop project. Combined, these three projects would cost an estimated $48.3 million and cover land in all four county precincts.

The remaining 41 Tollways to Trailways projects would cover 171 miles and are predicted to have later completion dates, according to the HCTRA’s plan, at an expense of $470 million.

‘The availability of beds is not there’: Katy-area medical providers discuss COVID-19’s fourth wave

Traveling with Kids During Covid-19

My Heroes Have Always Been Cowboys