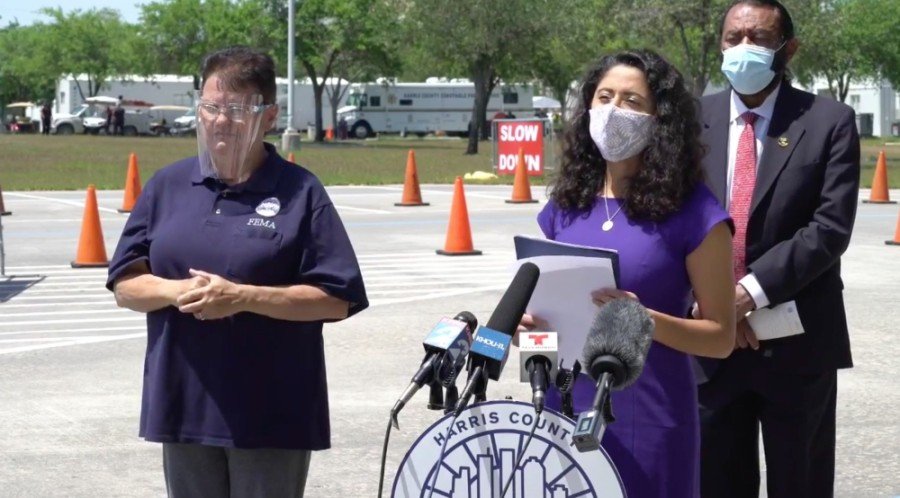 The move means people seeking vaccines no longer need to sign up for appointments if they go to NRG Park during the hours the site is in operation. However, people still have the option to make an appointment if they want to and will still be required to make appointments at other vaccine sites run by the county.

The hours for the NRG site will also change starting April 21, Hidalgo said. Instead of being open from 8 a.m.-5 p.m., the site will run from noon-9 p.m.

The purpose is to make it easier for working families to get vaccinated as well as to get vaccines to people who are able to stop by when given a spur-of-the-moment opportunity, Hidalgo said.

“Right here at NRG Park we have a precious resource that we can’t afford to waste,” Hidalgo said at an April 19 press conference. “Each day this site is running, lives are being saved. We want to do everything possible to make sure that, when it comes to beating COVID-19, we’re not leaving anything on the table.”

Since opening in February as part of a partnership with the Federal Emergency Management Agency, the NRG Park site has been vaccinating about 6,000 people per day, Hidalgo said. However, vaccinations have fallen over this past week to about 2,000-3,000 per day as she said demand for vaccines declined.

Hidalgo first noted a decline in demand for vaccines at an April 16 press conference where she also announced a new on-demand service would replace the county’s use of a waitlist. About 25% of county residents have been fully vaccinated, but experts say around 70% will need to be vaccinated to achieve herd immunity.

The excess in vaccine supply only exists for the Pfizer vaccine at this point, Hidalgo said, which is why efforts are being concentrated on NRG Park. Because they require cold storage and pharmaceutical precision when mixing, Pfizer vaccines cannot be administered at the county’s other community-based sites and mobile clinics, she said.

Hidalgo also expressed concerns about stalled COVID-19 trends in the county—including testing positivity and hospitalizations—that are slowly starting to trend upward again. She described the push to provide vaccines as “a race against time.”

“If more and more people get vaccinated, that climb is not going to be as steep; the hospitals aren’t going to be challenged,” she said. “That’s why we’re doing everything possible to get past that threat level to where we don’t see another climb.”

Precinct 1 Commissioner Rodney Ellis, who also spoke at the press conference, said people who have already gotten vaccinated can play an important role in convincing their friends and family members to follow suit.

“This is a clarion call and appeal to everybody,” Ellis said. “If you know somebody who hasn’t gotten a shot, bug them, encourage them, give them a ride .. walk over with them. Whatever it takes.”

The FEMA site is slated to remain open through May 18. It was originally set to close in April, but officials convinced FEMA to extend operations. If vaccine demand stays below supply, Hidalgo warned FEMA may decide to shut down the site earlier.

“I’m hopeful that the community will take advantage of it because there are just still so many folks who haven’t been vaccinated,” she said.

Former mayor of Katy reflects on history of public service