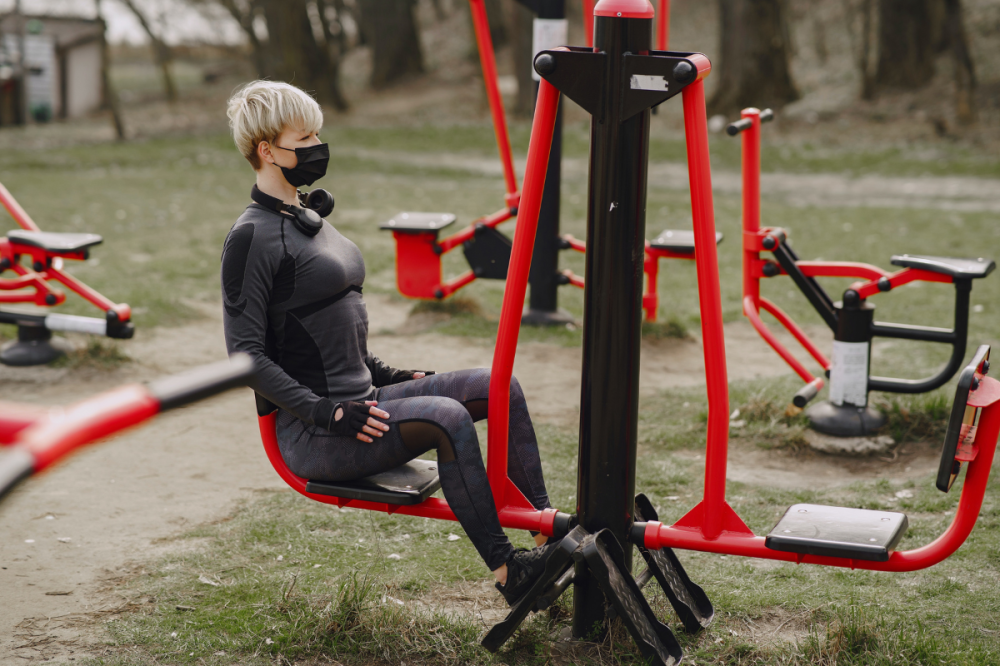 The city of Katy was selected as a recipient for the 2022 Blue Cross Blue Shield Texas and National Fitness Campaign grant, which will provide $50,000 in funds for a new fitness court to be installed at Katy City Park. This announcement was made at a July 25 City Council meeting, where officials also authorized the use of $92,350 in Bond 2021B funds to install the fitness court at the park, which is located at 5850 Franz Road, Katy, between the basketball court and softball field. This bond was initially intended to provide park improvements.

A fitness court, per the presentation delivered by Parks Director Kevin Browne, is an outdoor gym designed for adults of all ages and abilities. The fitness court would feature seven movement zones to provide a full-body workout in seven minutes. The zones include core, squat, pull, push, lunge, agility and bend. The equipment will include 118 elements for thousands of exercise variations, and the court will feature a digitally activated free app with workouts, challenges and training tools.

Part of the fitness grant requirement was to have the fitness court at a highly visible and accessible location to provide the greatest opportunity to impact the community. Katy City Park was the only park in the city’s parks and recreation system to satisfy those requirements, Browne said.

The total funding requirement estimate ranged from $117,350-$137,350 for construction and installation, according to Blue Cross Blue Shield Texas. With the additions of a concrete slab foundation and artwork, this project could total up to $160,000. Browne said maintenance costs would remain relatively low.

With the resolution of adoption and authorization to proceed approved by City Council at the July 25 meeting, Browne expects equipment to be delivered by August or September. Installation of the concrete slab foundation and approval of artworks for the fitness court art would occur in November.

Assembly of the fitness court is expected to take place in December, Browne said, with a debut of the new outdoor gym in January 2023.

Per the online survey conducted for the parks, trails and recreation master plan, an outdoor gym was the second most-requested addition to the parks and recreation program by city residents, Browne said.

Council Member Rory Robertson shared his excitement for the new amenity, referencing a recent trip to Puerto Rico, where he drove past an outdoor gym on the beach. He said he took pictures of the space and sent them to fellow council members to express his desire for this addition to Katy’s parks system.

“This is so timely,” Robertson said. “This is my dream; this is something I would love to see in the city of Katy.”